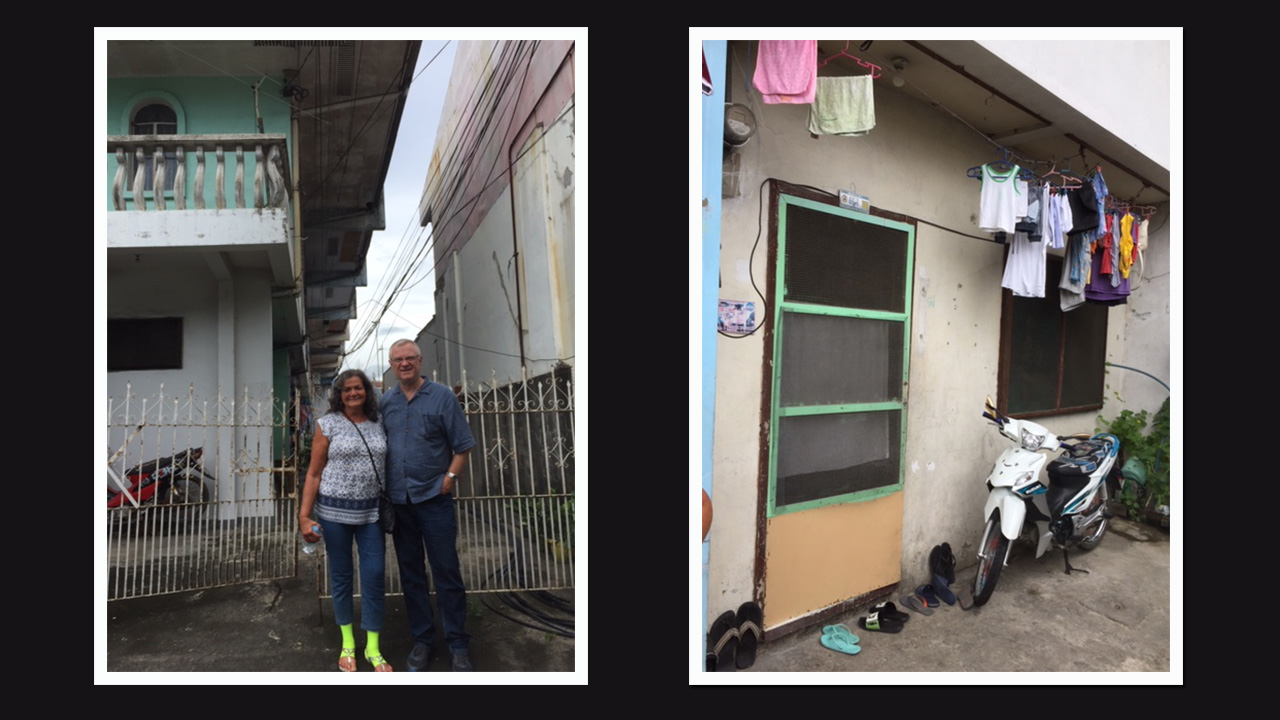 For the first time in 30 years, we were landing in Manila, where we first landed on February 4, 1980 as new missionaries, as newlyweds, having been married only 1 1/2 years, never dreaming what lay ahead and the amazing adventure God had in store for us. It is so good to be back after all these years and to be able to visit the people and places which had such an impact on us in those early formative years of our marriage. We arrived safely at 4:35 a.m. on Wednesday morning. Thankfully, after sleeping on and off for almost 4 hours, the flight seemed to go by quickly which was a pleasant surprise. Having some good movies to watch certainly helped. The plane was also very comfortable with lots of leg room and very comfortable seats which recline further than any plane I’ve ever been on so that certainly helped. At no point did I get squirrelly which was a first for me. We arrived in a light drizzle and eventually made our way to Batangas City where we spent our first 14 months learning to speak Tagalog. Before arriving in Batangas, we crashed at a nature resort about 20 minutes away for a few hours of some much needed sleep. It was a neat resort with water park and life size animals scattered throughout set in a jungle of bamboo and other trees. Feeling refreshed, we left for Batangas City. Our drive once we got out of Manila was very enjoyable as we were on new highways, so we avoided driving through towns, which are now cities, and all the congestion they bring. The scenery was beautiful, something I don’t remember. Everywhere we looked was lush, lush vegetation in beautiful shades of green and such a variety of trees and vegetation, with a backdrop of heavily forested mountains in many places, many of them covered with clouds at their higher elevations. A lot of it reminded me of Jamaica and the coconut trees were a welcome sight!

We had never gone back to Batangas since we left 39 years ago, but John managed to remember the name of the street we lived on and as we retraced our steps from the centre of town we found the apartment in which we lived. We were at the end of a row of 9 2-storey apartments and were actually able to go inside, bringing back so many memories. We tried to visit where the language school was but unfortunately we were not allowed to enter as it is now an exclusive residential area and the security guard would not let us. That was disappointing, but oh well. We walked around and the town that it was 39 years ago is now a busy, congested, full grown city and it was obvious that ‘white people’ aren’t common there as we were stared at a lot which we didn’t experience before.

From there we headed to Lipa City where we visited the pastor and his wife whom we knew, and after dinner we headed to Makati where we spent our first term. By the time we were having dinner, exhaustion was washing over me and I could barely keep my eyes open. Thankfully, I was able to sleep on the drive to Makati, but when I awoke we were in Manila, it was dark, pouring rain, and we were encased in traffic. Even though I had slept, I was aching to get out of the van, and what should be less than an hour's drive took 2.5 hrs!!  We literally inched our way to our destination with car horns blowing and a cacophony of noise, relieved to finally arrive and and get settled in our room.

Though a very full first day, it had been very enjoyable, bringing back wonderful memories and now in Makati we’ll be seeing friends who were dear to us and places that were special to us.

It is now 6:00 a.m. on Thursday here and already we can hear the cacophony of noise outside. Another full day lies ahead.

Enjoy the beautiful weather at home. It is grey and overcast with rain here and very humid, but not yet as hot as I remember it can be. 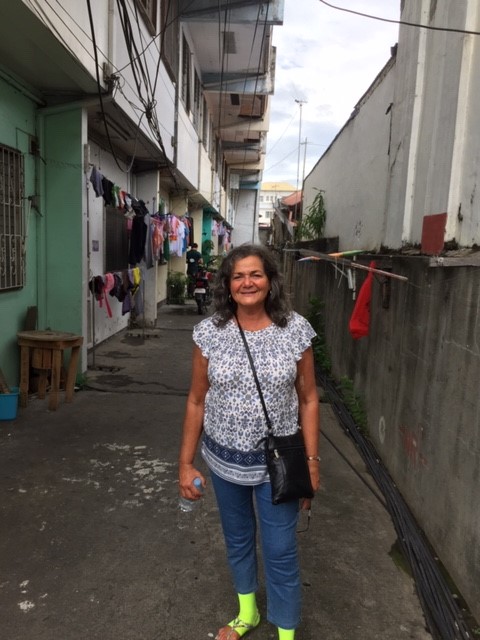