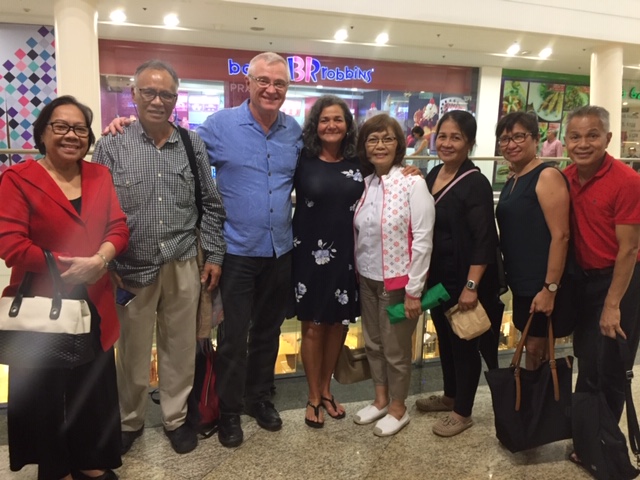 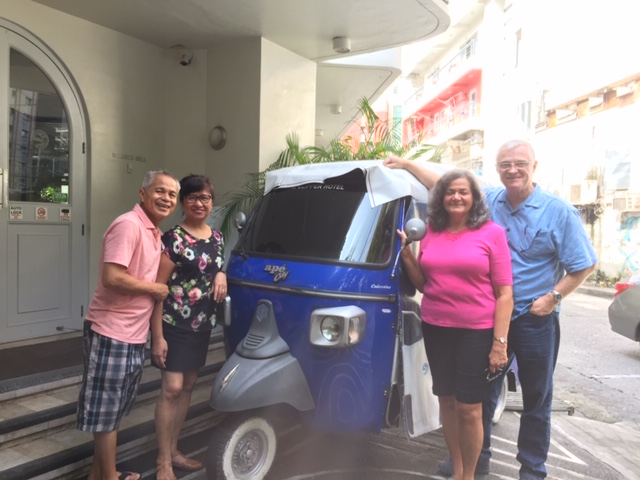 We arrived at the Clipper Hotel in Makati after visiting Batangas City where we lived for our first year in the Philippines. The drive which should have only taken 2 hours at the most stretched out to 4 hours. The traffic for the last 10 kilometres was bumper to bumper and this is where the additional two hours came from. The final leg of this journey to a comfortable bed was excruciating as the monsoon rains pelted our SUV so heavily we could not hear ourselves talk. The few steps from the car to the hotel doors was sufficient to leave us drenched to the bone.

The Clipper Hotel sits adjacent to the red light like district not far from the Philippines’ financial hub. It is named after the famous floatplane “The China Clipper” which made its historic flight from San Francisco to Manila in May 1935 when the Philippines was still considered a territory of the United States. The internal decor of the hotel is designed to make its guests feel they are inside the plane and the walls are peppered with aging black and white photographs of the plane’s arrival in Manila Bay.

After a good night's rest we woke at 4:00 a.m. and quickly concluded it was futile to try and sleep further. Another joy of jet lag! Outside we could already here the sounds of rush hour - the whining motorcycles, the putput of scooters, the roar of buses, Jeepnees and trucks, the wailing sirens of police vehicles and all of them blasting their horns in an unsynchronized sound that felt like the abrasive sliding of chalk along a chalkboard. Just another typical day in overcrowded Manila!

We decided it would be easier to walk the 9 kilometres to our old home in San Antonio Village rather than endure a cramped taxi drive in the horrific traffic. With the hotel’s borrowed umbrellas in hand we embarked on a day’s journey that would take us to memorable places and link us again with old friends, who, like us, carry physically the changes of almost 40 years.

The walk was a sightseeing adventure. Massive skyscrapers towering above provided more than ample and very needed shade from the few moments the sun broke through the monsoon clouds. We looked for old familiar land marks but found only a few as the economic boom of the last 40 years has radically transformed Manila’s skyline. Two things stood out among the many signs that advertised the various businesses, corporations and restaurants located along the way. The first was Tim Hortons. Yes! There is a Timmy’s in the Philippines! The second was a restaurant called “The Romantic Baboy.” Baboy is Tagalog for pig. How the adjective romantic can be linked to the noun pig is ... well, it’s beyond me. 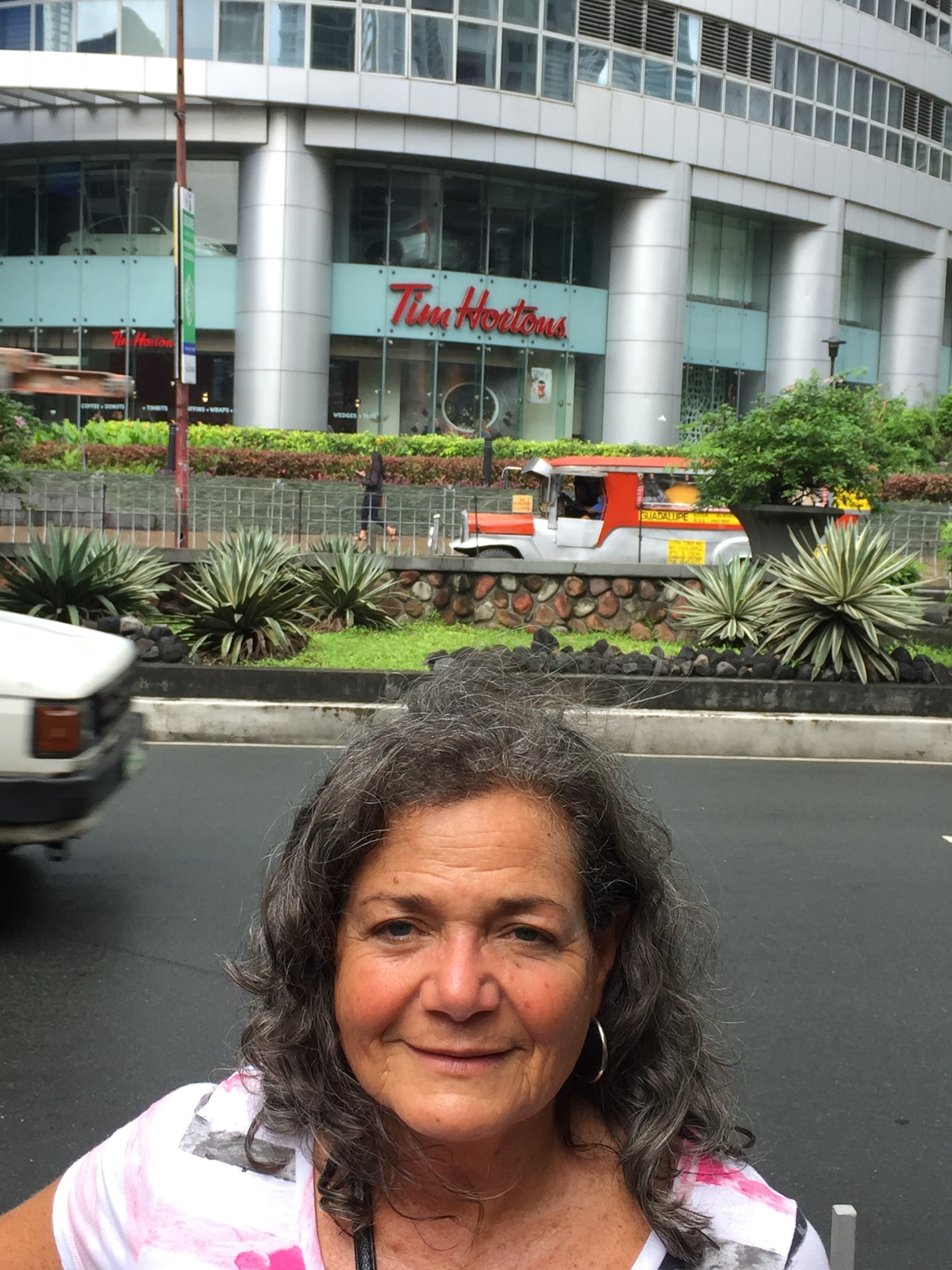 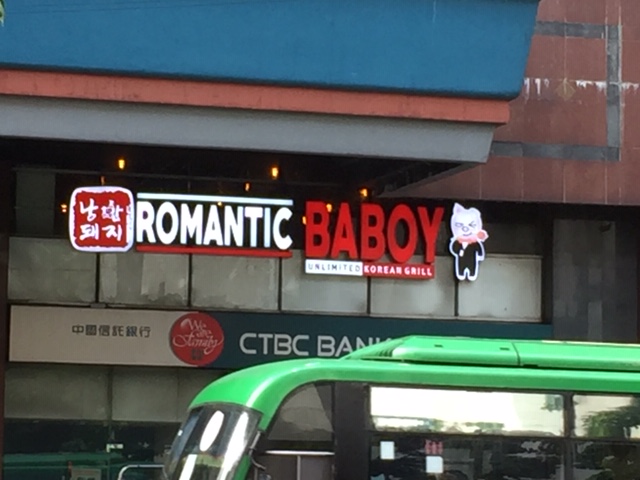 Our walk down memory lane began as we arrived at 9009 Aranga St, our home and ministry centre. This is where our children, Katherine and John David entered our lives. The Hufstetler’s, Chuck and Joanne, seasoned American missionaries, lived right next door. The human traffic that surrounded our place and theirs was always filled with joy and worship, encounters with and conversions to Christ. Each Sunday morning, this spot on Aranga was transformed into a place of worship as the furniture was removed, chairs were put in place and Filipinos flowed through the doors to worship their newly found Saviour. 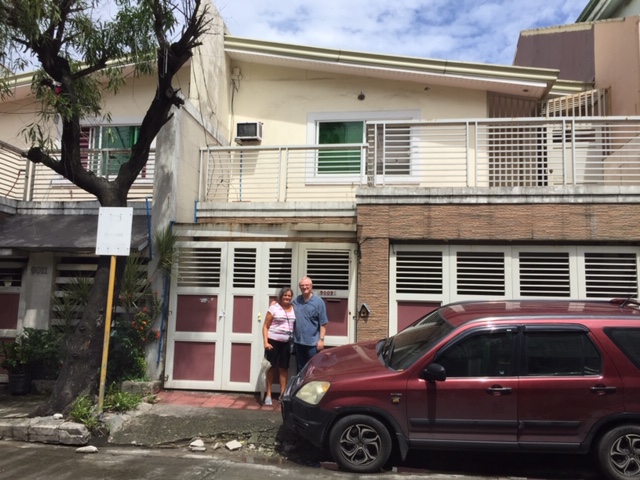 From there we strolled past many homes we had visited in and the faces of many who came to Christ in those days flashed in our minds. By “chance” we knocked on one door hoping they might be home. As we called out “tao po, tao po” (is anyone home?), a face came to the upstairs window and we heard a surprised gasp. Within moments, Rico and Cora Bugarin appeared and embraced us. The next hour was spent recounting these special days when they came to Christ and Andrea met with Cora weekly to disciple her. Cora struggled to hold back the tears as we departed knowing full well this was probably the last time we would see each other again this side of heaven. 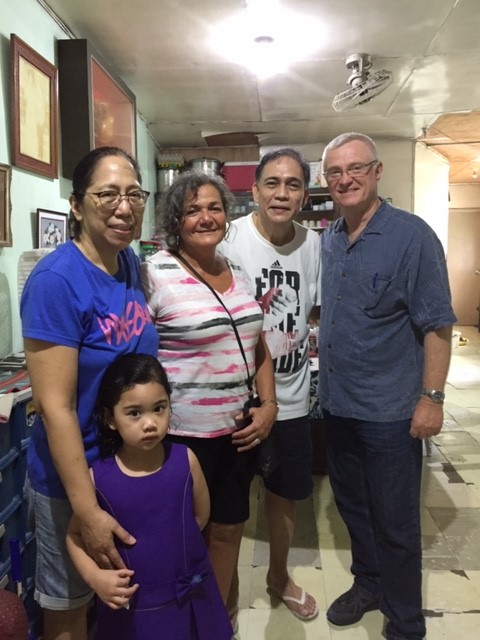 Our day concluded at Max’s, the best fried chicken place in the Philippines, the Pinoy (slang for Filipino) version of the Swiss Chalet. This was our designated meeting place for Andrea to see again for the first time in 30 plus years some minamahal na mga kaibigan (dear friends). Pabi and Emy Fajiculay were waiting for us. They quickly reminded us that Andrea led them to Christ on July 19, 1981 between 4:00 and 5:00 pm and I baptized them on September 27, 1981.  Today Pabi is pastor of Hope Advance Church. They have four adult boys who are walking with the Lord. Then Zennie Arceo arrived and she and Andrea embraced each other tightly while struggling to hold back their tears. She had been our house helper, nanny to our kids and first and second grade teacher to our oldest daughter, Katherine. Then Janet Garcia walked in and her presence electrified our conversation. She and her husband were full-time workers on our church planting team but years later she discovered her husband’s dark secret that this devoted pastor was sexually involved with other men. His unfaithfulness and homosexuality destroyed their marriage, but out of the ashes of her life the Lord has given to her a ministry of healing to wives and parents of those who are trapped in the chains of sexual brokenness. And so, for the next two hours while we enjoyed delicious fried chicken, we all together shared the joys and struggles, the blessings and the heartaches of our lives over the years and discovered anew that the love of dear friends is like a chord of three strands that is not easily broken.