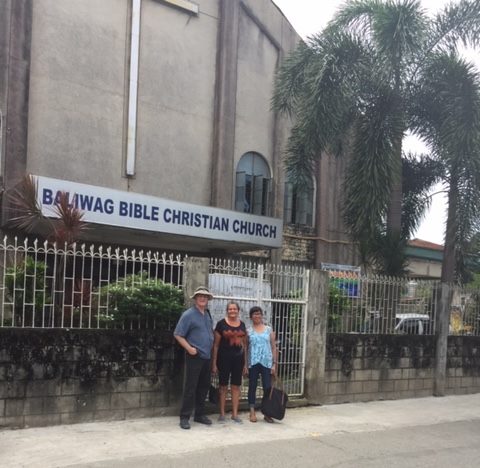 Andrea arose early Sunday morning surprised that after 5 days the curse of jet lag was still upon us. The unusually extra morning hours provided time for her to reflect and write on the past day’s experience of returning to Baliuag after 30 years (see “A Walk Down Memory Lane”). After an enjoyable breakfast of Pork Tocino with fried rice and eggs with our companions Mario and Raquel Villanueva we were taken to the Baliuag Bible Christian Church for morning worship which began at 9:00 a.m.

Next Sunday Baliwag Bible Christian Church (BBCC) will celebrate its 33rd anniversary but the atmosphere at the church was already reverberating with celebration as we and the Villanueva’s were joyously greeted by many and embraced warmly by the few people who still remembered us. At their urging we made our way up the stairs to the spacious auditorium they erected 28 years ago after we had left the Philippines. How different  this was from the large two story wood and bamboo gazebo we used for the first two years.

Pastor Derrick Parfan, a young man in his late 30’s, led at the “Banal na Hapunan” (Communion). Derrick was just a boy of about 7 years when we left the Philippines. 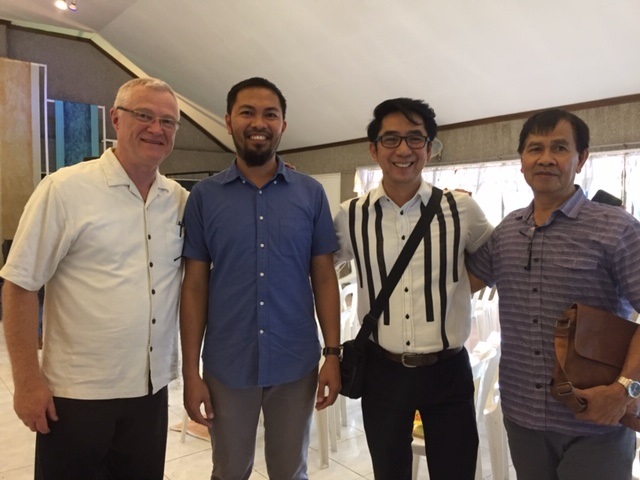 During an evangelistic Bible Study in his parents home there were demonic manifestations in two of the katulongs(house helpers), sisters, whose mother was a spiritist medium. Derrick and his family witnessed their deliverance and turned to the Lord. Growing up at BBCC, he now leads this growing church and oversees its many outreaches.

The time around the Lord’s Table included many testimonies, a time in groups of two confessing sins and a prolonged period of prayer for missionaries, outreaches, personal needs and the government. It was followed by 10 minutes of dynamic fellowship before the “main part” of worship began. With arms stretched heavenward the people sang “Christ the Sure and Steady Anchor” and I was reminded of how during our years there the sure and steady presence of the Lord had sustained us. And then the thunderous clapping began as we sang “My Worth is Not in What I Own.” The congregation was told to be seated and then we and the Villanueva’s were introduced as the “founding fathers and mothers” of the church. 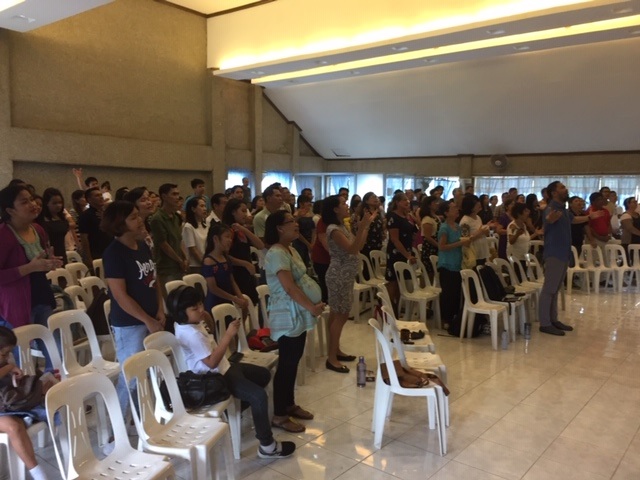 We had hoped to hear Pastor Derrick preach but their guest preacher was Bishop Chito Ramos, the Executive Director of ABCCOP (The Alliance of Bible Christian  Communities of the Philippines). In 1989 there were just 220 churches aligned with ABCCOP. Today there are 850 churches and they are on target to begin another 150 churches in the next two years. Bishop Chito also shared that evangelicalism had grown exponentially since the late 1970’s so that today there are upwards of 64,000 evangelical churches. Bishop Chito brought a challenging word on giving based on 1 Chronicles 16. 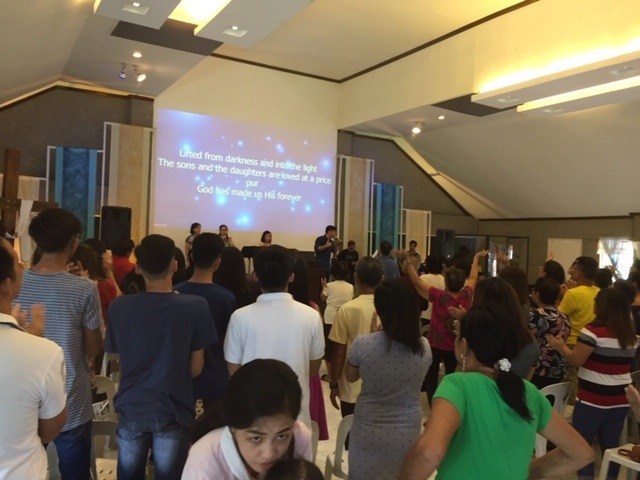 When worship concluded we were inundated with people wanting their pictures taken with us and then we were taken to lunch with Pastor Derrick’s family. Later that afternoon we drove north to Clark International airport in Angheles City and reflected on the strength of the church God led and enabled us to start with the help of others and by his grace. We ended the day as we began it - in grateful worship to the Lord.