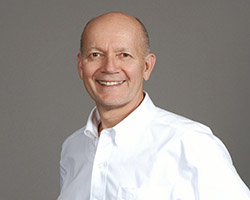 Dale was born and raised in Hagersville, Ontario and came to faith in Christ as an 8 year old boy through the Sunday School of the Hagersville Presbyterian Church. He and his wife Donna attended Elliott Heights Baptist Church in Hamilton where he was baptized in 1996. During his time at Elliott Heights, Dale served on various church committees and ministry teams. Eventually he was elected to the Church Board and also served as the Board Chairman. In 2002 Dale and Donna joined the West Highland family and served here as members until they moved to the United States in early 2008.

Dale spent 39 years in Human Resources with Dofasco and ArcelorMittal. During this time he was employed in several executive roles. Dale has extensive management skills and leadership experience in small business and at the multinational level. Dale’s skills include change management, team building, effective communication, conflict resolution, organizational design, strategic planning, project management, work system analysis and safety management. Dale came on staff at West Highland as the Director of Administration in August 2017.