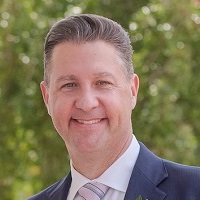 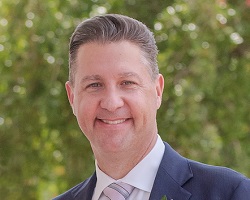 Kris Ullman was born and spent the first 6 years of his life in Burlington before his family moved to Mississauga. He traces the seeds of the gospel in his life to his grandparents who were long-term members of Jarvis Street Baptist Church, Toronto. His grandmother’s encouragement to memorize Scripture and her prayers for the family had a lasting impact.

It was while attending camp at Muskoka Woods that Kris made a decision for Christ. While the decision was made the sanctification process was far from finished. Thankfully the Lord is patient to those whom He calls. Kris enrolled in Bethany Bible College in Sussex, NB where he met his wife Dawn and where they were married by the president of the college. They moved to Georgia shortly after being married where he completed his undergraduate degree at Toccoa Falls College.

After graduation, Kris worked for over 20 years in the Canadian financial industry in varying and progressively more senior roles with TD Asset Management, Fidelity Investments, and Russell Investments. Prior to leaving the business world to pursue God’s calling in his life, Kris was a Divisional Director in charge of leading the strategic direction for Ontario, Quebec, and the Atlantic provinces.

Kris and Dawn became heavily involved in the small group ministry at Redemption Bible Chapel. It was here the Holy Spirit brought deep conviction into Kris’ life and he experienced a deepening in his relationship with the Lord. In the midst of his successful financial career, Kris felt a distinct calling from the Lord to serve him vocationally in pastoral ministry. This led him and Dawn to move their family to Louisville, Kentucky in 2017 to pursue a Master of Divinity degree full-time at Southern Baptist Theological Seminary. Their family attended Clifton Baptist Church where he was later accepted to take part in Clifton’s intensive pastoral training program, administered by Dr. Shawn Wright.

Kris and Dawn have been married for 28 years and have four children who are all following the Lord and they have two small grandchildren. One of his greatest joys is simply spending time with his family and enjoying time walking while marveling at God’s marvelous handiwork in creation.

Kris began as Executive Pastor at West Highland in January 2021.