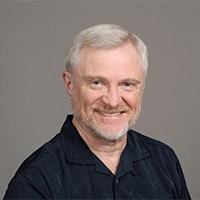 Born and raised in Toronto, John Mahaffey became a follower of Christ in his teenage years through the witness of his late uncle, the Rev. Gordon Lean, who was then Pastor of the Boston Baptist Church, Boston Ontario. In October 1972, John was baptized at Churchill Heights Baptist Church (now Morningstar).
During his high school years, John witnessed many of his friends and classmates become Christians and began to sense God calling him into the ministry. After graduating from Central Baptist Seminary, John and his wife, Andrea, became missionaries with SEND International in the Philippines, where John led two Church Planting teams of national and foreign missionaries. In January 1990 he became Senior Pastor of Morningstar Christian Fellowship in Toronto. During John's 18 years of leadership at Morningstar, the church experienced unprecedented growth, changing from a predominantly homogeneous single congregation of 400 into a two congregation, multicultural church of over 1200 regular worshippers from 70 different nations.

John became Senior Pastor of West Highland in January 2008. Shortly after his arrival, the church leadership launched "Operation Rehoboth", a plan to create more space to house our growing ministries and staff. In October 2016, through a capital campaign, West Highland celebrated the completion of an 18-month expansion which added some much needed space to our facilities.

John is formerly the Chair of the Adam House Board, a special ministry to refugees in Toronto, and a former member of the Canadian Advisory Council to Exodus Global Alliance, an international ministry to the sexually broken. In addition to his pastoral duties, he is also a founding member of The Gospel Coalition Council, a group of evangelical leaders committed to gospel-centered ministry.

When John is not busy leading West Highland's staff and team of pastors, he can usually be found enjoying fishing on a nearby lake or working on his vintage Vespa Scooter. John and Andrea have four children, two of whom are married, and two grandchildren.

The Pentecost Promise - Acts 2:21-39
View All by John Mahaffey