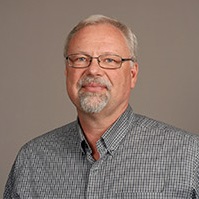 Rev. Jakob Koch is our former Pastor of Family Ministries.

Jakob and his wife, Lorie, were both born and raised in Hamilton and reside in the west-end of the city. Jakob was raised by godly immigrant parents. Lorie came to Christ during university years and met Jakob at Mission Baptist Church. They were married in 1985 and the Lord has blessed them with three children, Timothy (married to Siobhan), Robert (married to Roxanne), and Nicoline (married to Isaac).

After university and seminary studies, the Kochs’ early formative years of ministry were in Cameroon, West Africa.  There, he served as the National Youth Director for the Cameroon Baptist Convention.

Upon returning to Canada, he served in a number of youth and church planting ministries.  From 2000 to 2012, Jakob and Lorie were Directors of the Liebenzell Mission of Canada, and responsible for training many missionary candidates from Europe and overseas.

During his 30 years of pastoral ministry and mission work, Jakob speaks of a common thread throughout his life – a natural affinity for mentoring, discipling and mobilizing youth and young adults towards active ministry involvement, and that within the larger context of family. The heart of the Kochs’ call to serve is a deep love for people and a great joy in helping them find their passion and joy in living and serving in step with the Lord.