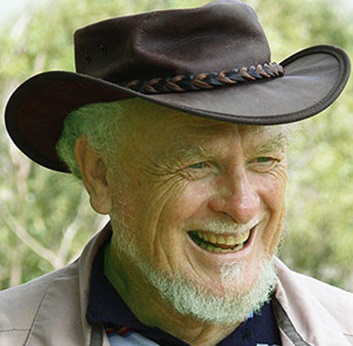 John Mackay was for many years a science teacher in both state and private secondary education systems in Queensland, finishing in the Prestigious Science Department, at Brisbane Grammar for 9 years. He also lectured in Geology at Tertiary level for Technical Education and was instrumental in establishing Creation Research in Australia. He is currently International Director of Creation Research and runs the world class Aussie Creation Museum Jurassic Ark. John leads fossil field trips and dinosaur digs around the planet. Details of his finds are released regularly on his website, on facebook and instagram.

John has lectured and done research in USA, UK, Europe, Canada, The Caribbean, New Zealand, Australia and Asia on the evidence for Creation and Noah’s Flood. Such experience has given him a practical breadth of knowledge of the overwhelming evidence against evolution. John has publically debated many leading Evolutionists and Academics from prestigious institutions such as Oxford and Cambridge and as well as Australian, Canadian, USA institutions and around the globe.

John has been keynote speaker at events such as the 2014 and 2017 UK AiG Mega conference along with Ken Ham in Birmingham, Canada’s Muskoka Baptist Conventions, Australia’s Warwick Easter Conventions. His many years in teaching have enabled him to communicate well to all ages.